Bistro Rex, situated in the heart of Potts Point is a sophisticated Sydney take on a Parisian Bistro. Passionate about utilising Australia’s finest produce and native ingredients, our talented Head Chef and nose to tail butcher Leigh McDivitt and his team create modern dishes and French Bistro favourites. Including classics such as steak frites, cheese souffle and chicken liver parfait with a variety of modern-inspired French specialties that are added daily. View our menus here.

Whether you’re in need of a quick drink, nibbles up at the bar, business lunch or looking for a venue to celebrate life in general, Bistro Rex is the perfect spot to drop in.

We are constantly striving to be an iconic dining destination and are very proud to be part of the vibrant social fabric of Potts Point.

With a mutual love of hospitality, shared values and philosophy, the team at Bistro Rex is 100% committed to creating an enjoyable and accessible Parisian-inspired but very Sydney neighbourhood bistro.Please allow us to introduce you to Team Rex! 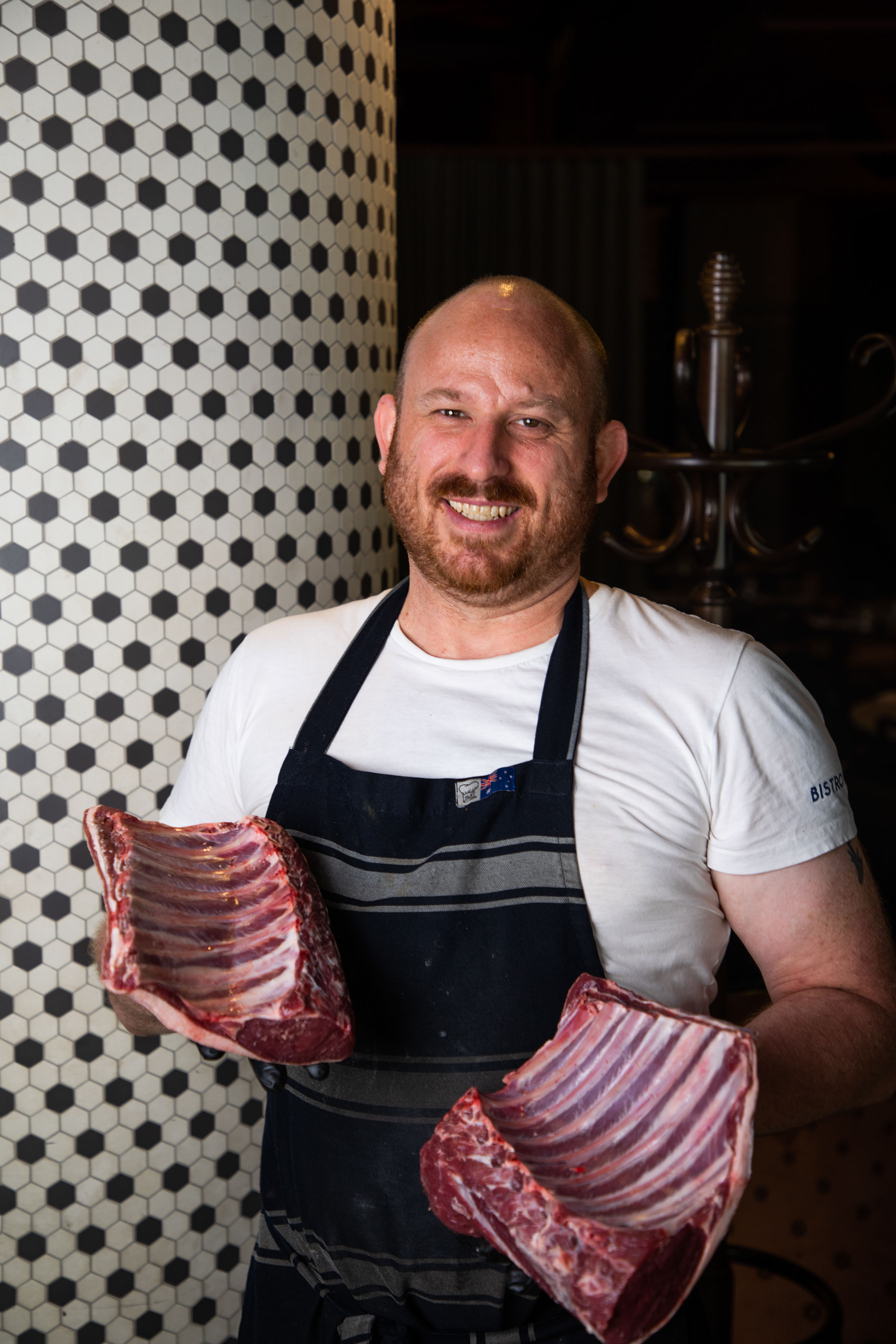 I started my apprenticeship with Merivale in 1999.  After working in various Merivale venues such as Est., Lotus, Bistro CBD and Slipp Inn for over 10 years I moved on to become the Executive Head Chef of the 3 Weeds in Rozelle.  Whilst there I won best restaurant in a pub four times, and in 2010 was awarded the coveted PorkStar award from Pork Australia.

After the Weeds, I owned my own restaurant, ONE6EIGHT in Kent St and in Balmain for 4 years.

I was invited to cook in Hong Kong with Sean Connolly and Martin Yan for tourism NSW to help promote Sydney. It was a huge success for us and Australia.

I followed this by becoming the Group Head Chef for Colin Fassnidge, running Banksia Bistro, Macquarie Hotel and Terminus Hotel.

Next, I helped open up The Vicar in Dural, a farm to plate restaurant, smoked brisket bar, wine bar and pub. I then joined the old 3 weeds team as part-owner in the redline brewing co., which was a gastropub. We were ageing our own meat in dry-aged fat and hay, baking fresh bread daily, cooking it in the wood fire oven, and always bringing farm to plate and butchery to wherever I went whilst brewing my own beer on-site.

My Cooking style is traditional French techniques combined with a nose-to-tail philosophy. I also love cooking with fire and using different woods for flavour.

I believe in sourcing sensational Australian produce from local farms. When you find the quality produce that our farmers are passionate about sharing, you need very little interference from chefs to make the dish sing.

The interior, designed by Ralph Rembel and built by GP2 Projects takes inspiration as a reinterpretation of the Parisian Bistro. Featuring a dark french oak interior, copper and mosaic tiling there is a nod to the grand boulevards of Saint Germain but the forms are contemporary and urban, emphasising comfort, collaboration and neighbourhood. The 118 seat restaurant features a zinc topped bar which hugs the open kitchen. With capacity for 16 dining spaces at the bar they’re sure to be the hottest seats in the house where the team brings the dish together as you spectate.